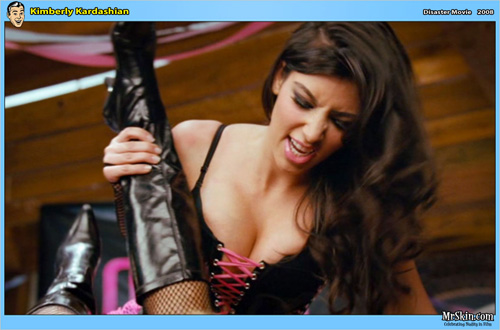 First things first, you guys. Kim Kardashian wouldn’t be seen dead in an Old Navy store. That place is the tantamount of rooting through dumpsters looking for soiled rags as far as she is concerned. Kim Kardashian so so far above Old Navy, in fact, that she is suing the company for using a model in their ads who kinda looks like her. Kim has filed a lawsuit to the tune of $15 million, charging that the clothing chain deliberately used a model who looked like her in order to dupe the public into associating her face with the brand. The model, Melissa Molinaro, is, in fact short and curvy with long black hair, brown eyes, and a medium complexion…but, uh, so is a sizeable chunk of the world’s population. Try leaving your resort the next time you go to Mexico, Kim- you might be stupefied how many “lookalikes” there are out there.

Find the real deal with Kim Kardashian on MrSkin.com!